What Is the Importance of Angel Headstones? 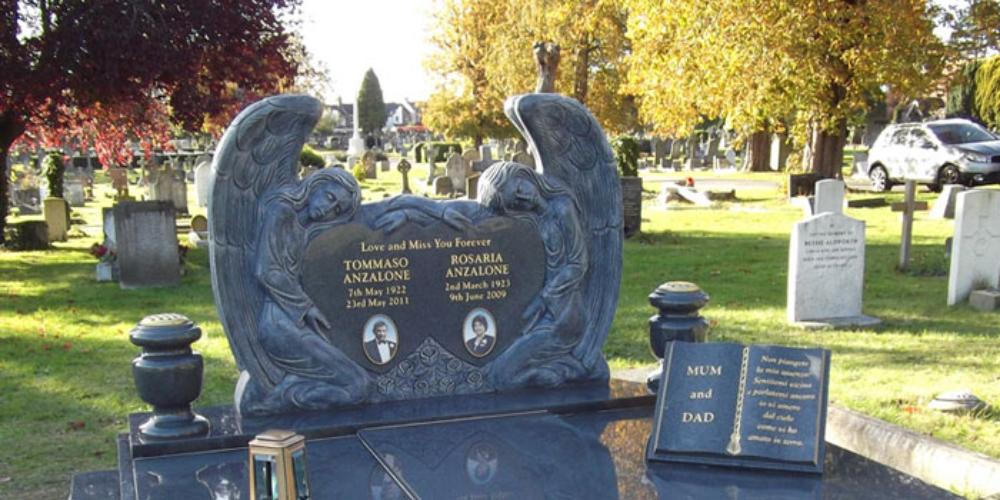 The angel headstone is a widely recognized symbol of divine protection, representing the guardian angels watching over and protecting the deceased. It reminds us that our loved ones are in God’s care and that we can take comfort in knowing they have been welcomed into heaven with open arms.

The angel headstone also serves as a reminder of the hope found in Jesus Christ, whose death on the cross provided a way for all those who believe in Him to be forgiven and reunited with Him after life on earth has ended. This hope is represented by the wings of an angel, which signify divine presence and guidance while offering solace during times of grief. The angel headstones represent faith and spiritual guidance, making them an important symbol in many cultures and religions worldwide.

Where Did the Angel Headstone Design Originate?

For far longer than Christianity has been around, artists have depicted angels in their works of art. Despite their extraterrestrial origins, typical depictions of angels have them dressed in humanoid attributes like enormous wings, haloes, and calming guardian poses.

Wings for angels first appeared in Byzantine art in the 4th century. After this time, as Christianity developed, heavenly beings depicted in art became less cherubic and more human-like.

The use of angels as a design theme has spread from fine art to tombstones. Since their humble beginnings as simple fieldstone markers, modern headstones have blossomed into elaborate works of art. Even yet, the angel’s posture might signify a variety of things.

What Does It Mean When an Angel Is on A Headstone?

The deceased’s spirit is often shown by angels with their wings spread or pointed skyward as they are carried to paradise. Usually, a mourning angel or one whose wings are lowered indicates an untimely death.

Remember that angels have varied meanings for different people. No matter what you believe or your circumstances, this potent symbol couldn’t be integrated into your loved one’s tombstone.

Angels are often associated with the Christian faith, but they also have significant meaning for those who do not follow that faith. There is no way to put a price on the peace of mind that comes from knowing your deceased loved one is being guarded and cared for while they make their way through the afterlife. A well-crafted headstone design may provide comfort and tranquility both now and in the future.

A gravestone’s final price will depend on its dimensions, materials, color, polish, writing, and design. Markers with a traditional format may cost anywhere from £800 to £1200, while smaller monuments that lean at an angle can be obtained for as low as £400.